Thank you to all who attended the IMDbPro Roadshow on 4/28/22! Please find the follow-up materials here with a breakdown of the items discussed in more detail.

As a WITI member, you are eligible to receive a 30% discount off your monthly or annual IMDbPro membership. To redeem this benefit, email Regina via assistant@wifti.net

Join us in Cannes!

Join us this month for two events at the Cannes Film Festival!

You can meet WIFT representatives from our global community during two events in Cannes. The annual WIFT panel, organised by WIFT Israel, takes place on May 20th and our grand WIFTI reception takes place on May 22 (invitation only). We cannot wait to see you again in real life!

Information for our reception on May 22nd will follow soon, keep an eye out here and via our newsletter! 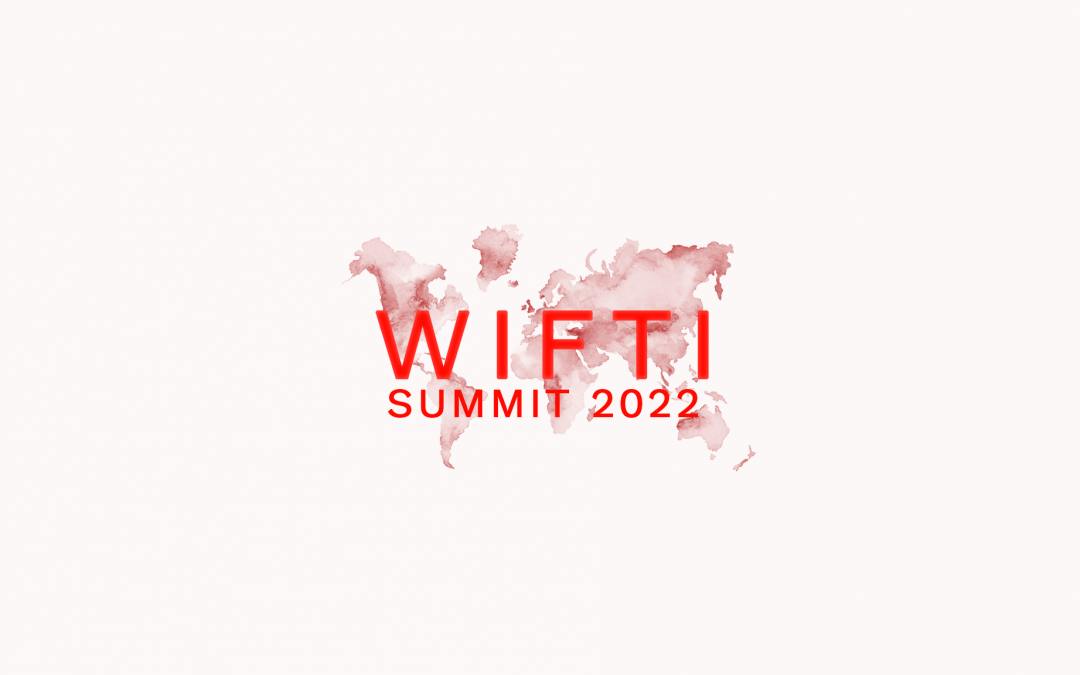 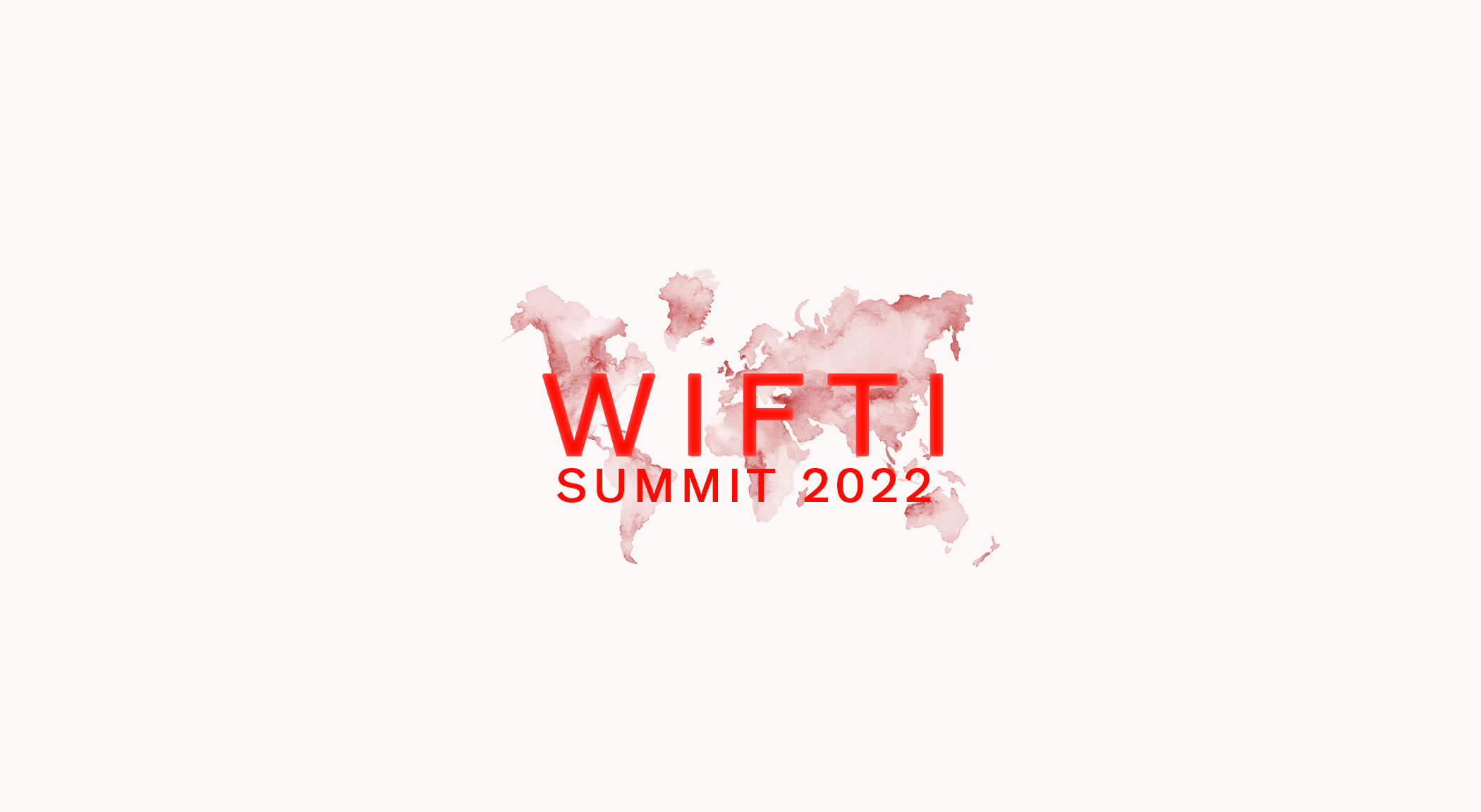 Celebrating Women in Film & Television International’s 25 year anniversary, the 2022 WIFTI Summit will take place as an online event happening from Lagos/Nigeria on August 30th and 31st, 2022.

This year’s WIFTI summit is the first one on the African continent ever and it will be part of the African Creative Market (ACM), an event that brings major stakeholders in the African and international creative industries together for creative trade. Due to Covid-19, the WIFTI Summit will be held as an online event with a delegation of WIFTI members in Lagos while our members of WIFT chapters all over the world connect online for talks, networking, panels etc.

His Imperial Majesty the Ooni of Ife is supporting the WIFTI Summit as we explore cross-cultural storytelling.

Our ongoing goal for the annual WIFTI event is to strengthen every single member within our thriving global network so the programming of the 2022 Summit will be as inclusive and multifaceted as always while honoring our 25th anniversary.

Further details about the program will be communicated through all WIFT channels once final schedules are confirmed. Meanwhile, please save the date. 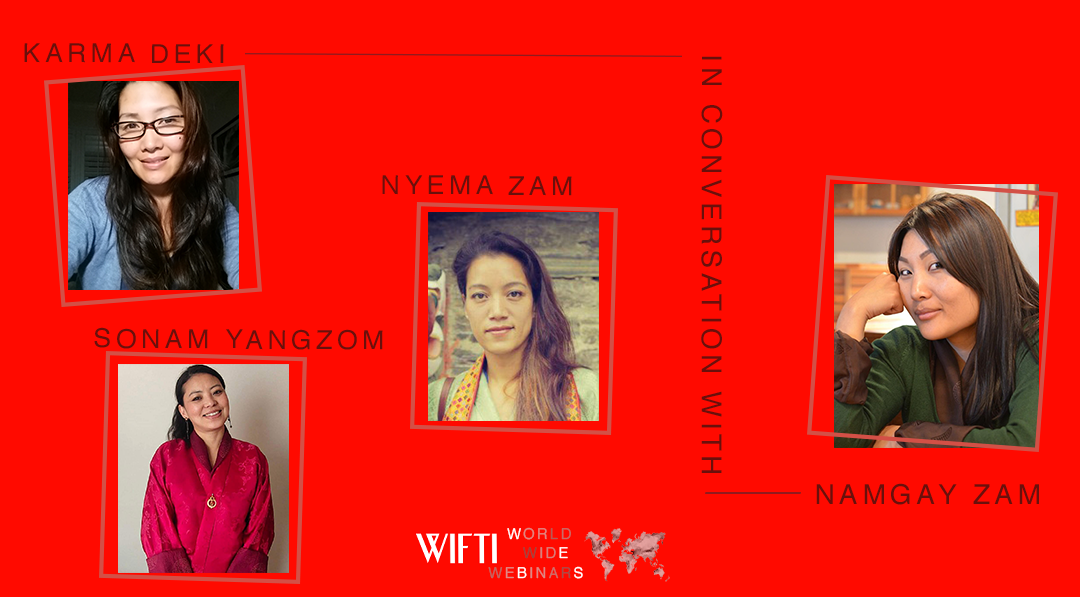 Women filmmakers make up only a tiny percentage of the whole industry in Bhutan; they are also less visible and marginalized within a male-dominated field.

Being Bhutan’s first female director, Karma Deki faced many challenges and fortunately, this propelled her to initiate Bhutanese Women in Film and Television to support women in the industry and to amplify their voices and work.

Her dream is to support every woman working in the film industry by highlighting women’s achievements, providing professional development support, and advocating for equity and women’s empowerment in this male-dominated industry.

Meet the inspiring women that are making films and advocating for women’s filmmaking craft in Bhutan!

Namgay Zam is an independent journalist, and also the Executive Director of the Journalists’ Association of Bhutan. She has more than a decade’s experience in all forms of media. Zam is a trainer and consultant for media and gender issues. She is a mental health advocate and an LGBTIQ ally as well. Zam is a Young Asia Leader and a Fulbright Humphrey Fellow.

Nyema Zam is the Founder and CEO of Samuh, the first of its kind OTT platform in Bhutan. She is a communication and media specialist with over two decades of experience in Media.  She has worked with the National Broadcaster of Bhutan, BBS as a News Anchor, News Editor and as the Head of Marketing and Public Relation Division. She has also worked as a media and communication consultant for UNDP Bhutan, Tourism Council of Bhutan and Ministry of Economic Affairs. Nyema has a masters degree in strategic communications from the University of Western Australia and is passionate about collaborating with a wide range of agencies and communities in developing an inclusive creative eco-system in Bhutan. She is a mother to two teenage boys and loves reading, travelling and listening to music during her free time. 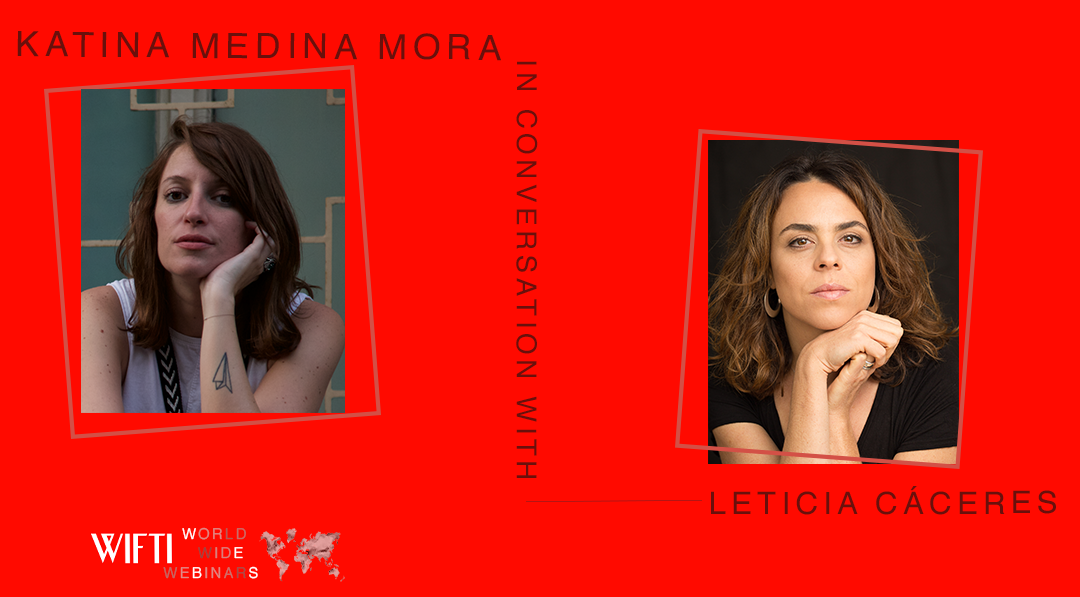 Excellence in Craft is back in 2022 with a Mexican bang! (Watch out, new date!)

In this masterclass we’ll meet with Argentinian/Australian Leticia Cáceres who is a writer and director for both stage and screen. Most recently she directed six episodes of the drama series Bump for the Australian streamer Stan. She will be in conversation with Mexican/American writer/director Katina Medina Mora (Emily in Paris, Firefly Lane, Selena) who will share with us some of her journey from the independent Mexican film industry, to shooting with Lily Collins in Paris for Netflix. What she has learnt, what not to do and what the future holds for her. Some of the burning and delicate questions that they’ll touch on are: who gets to direct big budget shows for the large streamers? How to navigate when you’re pigeonholed as a creator? Does your heritage and nationality always make you the best filmmaker of your culture’s stories, or can other creators take that role on without being ridiculed and scrutinised?

All of this and much more awaits on this International Women’s Day special of Excellence in Craft in collaboration with WIFTI and WIFT Australia (Queensland chapter).

Friday, March 4 at 7am Brisbane – 8am Sydney

In 2022 Leticia is set to direct the stage adaption of Anne Deveson’s memoir Tell Me I’m Here for Belvoir St Theatre.

Born in Pittsburgh in 1980, Katina was raised and lives in México City.

Katina studied at The London Film School with a Master in Direction. Her first film, LuTo, shot in 15 days on a micro-budget (10,000 dollars in production) was selected for Los Cabos Film Festival and won a prize for Digital Distribution, was presented at other festivals. Now it’s on Netflix worldwide.

Her third feature film “La Espera” is going to be shot this March 2022, this is produced by the well-known producer Inna Payan and has attached for the main character the Oscar nominated Marina de Tavira. She is developing her fourth feature “Will” set in Texas with Ricardo Chavira attached as the lead. 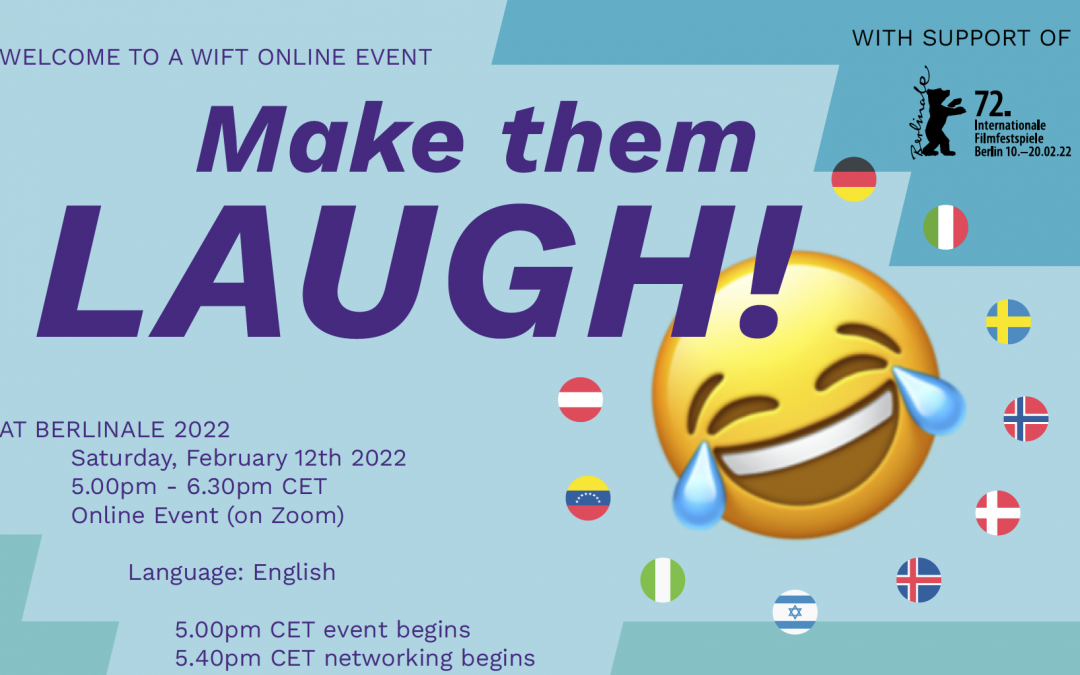 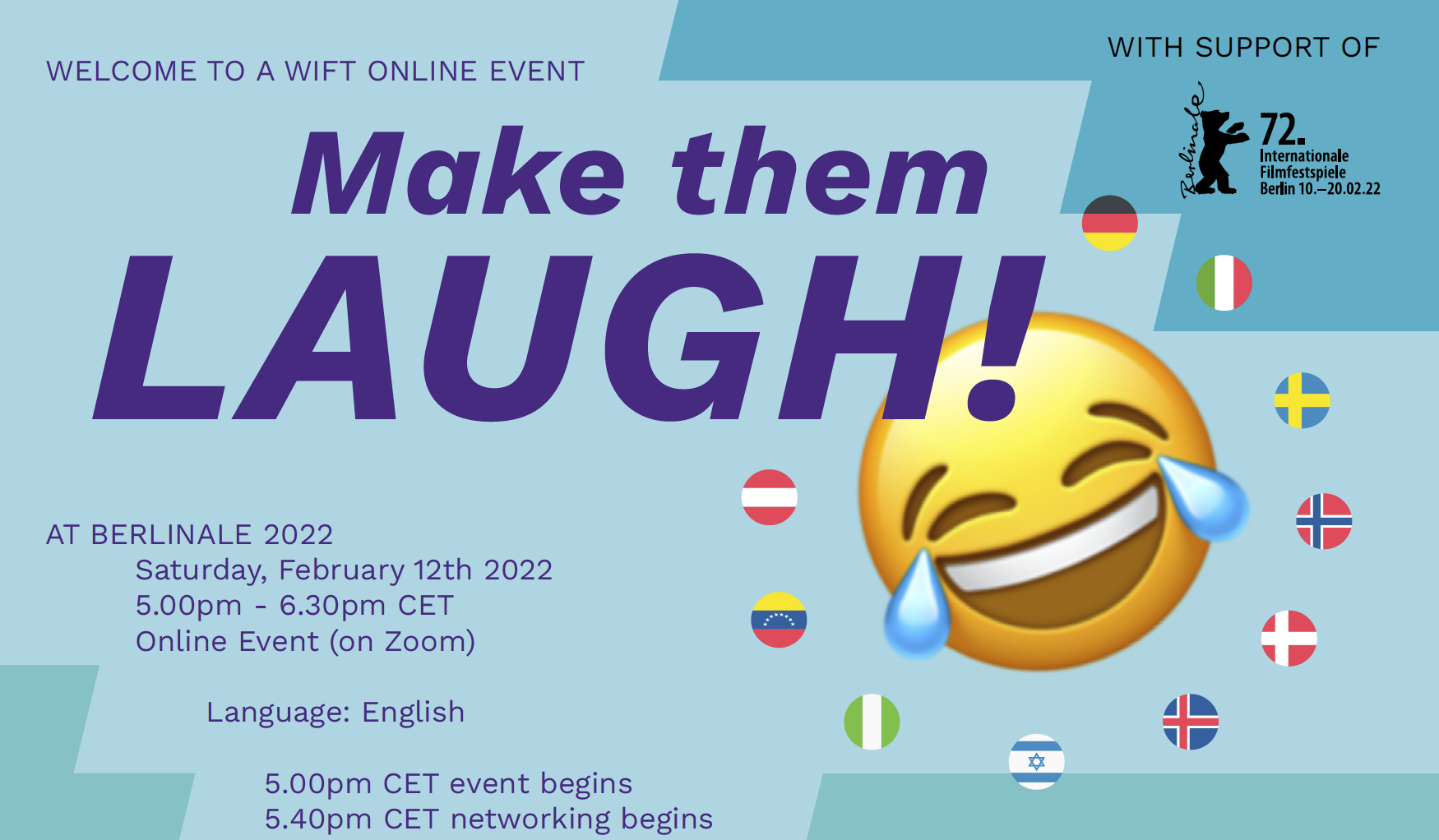 Humor is an essential part of the most successful content of the film and TV industry. To laugh is a lot of fun. It unites people, it gives audiences a great time. However – to create great humor isn’t always a walk in the park. To be funny can be a serious and challenging business. Time to look into the roles of women who create the things that brighten our days with laughter and fun.

At our annual Berlinale event, WIFT Germany and many international WIFT Chapters are hosting sessions with small groups featuring their local talent and experts on anything comedy in our industry.

Starting with quick keynotes by our inter-/national experts from different fields in our industry: writing, directing, composing, acting, casting, producing etc., you will have the opportunity to discuss your most pressing questions with them directly.

You are cordially invited to join us to expand your personal network and to have a good time!