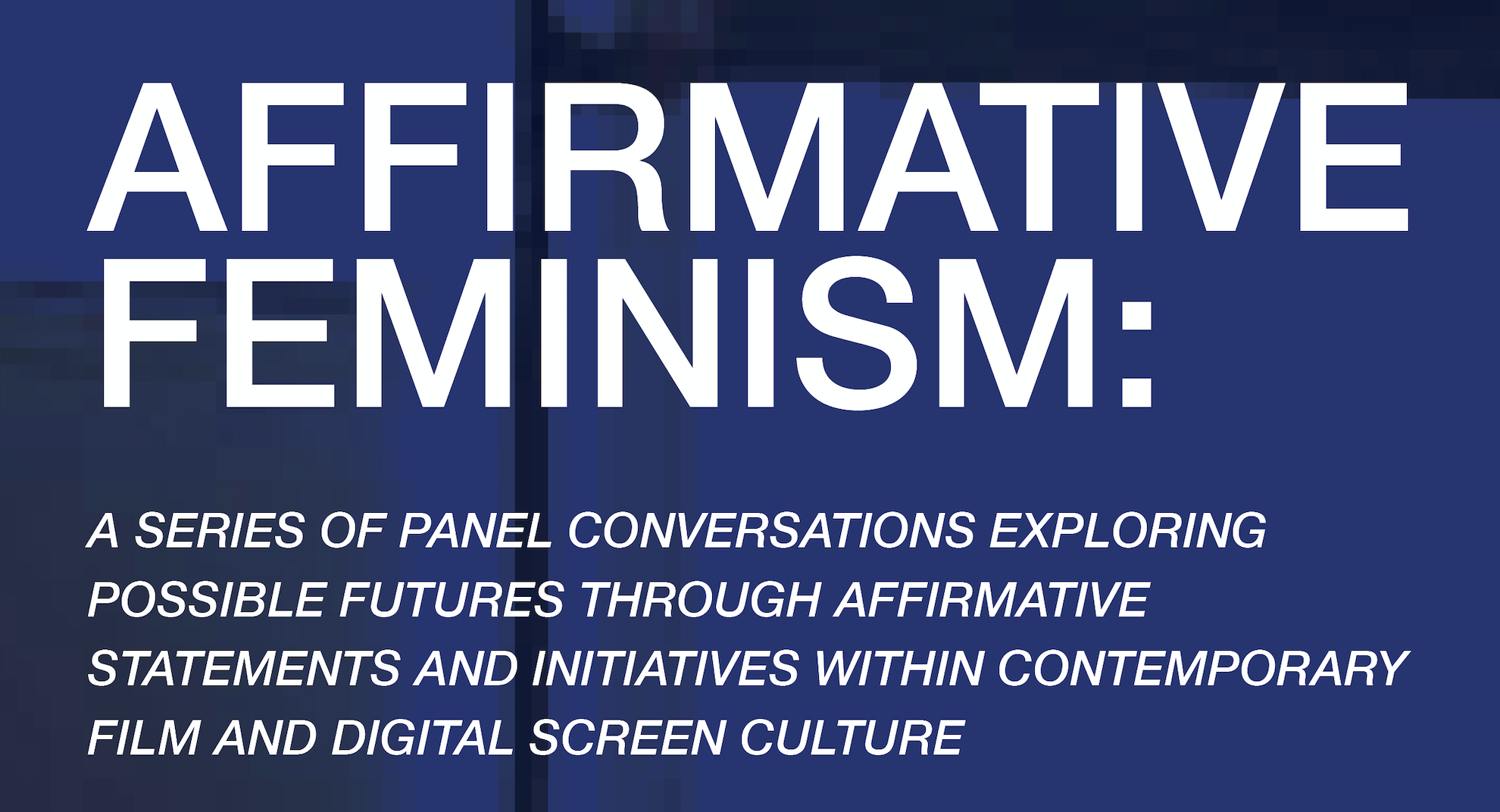 We would like to invite you to the Affirmative Feminism Seminar Series: A series of three panel conversations exploring possible futures through affirmative statements and initiatives within contemporary film and digital screen culture.

The seminars will take place on Zoom. Please register to receive the link (at the latest one day ahead of each event): https://forms.gle/1eydbzDdYQ7vaJWx5

This seminar series places in conversation researchers and professionals of the film and screen industry on the topic of affirmative initiatives in film production, representation and distribution, that is, acts or images that go beyond a lamentation of the status quo and produce feminist alternatives and possible futures.

The search for an affirmative feminism arises from the observation that feminist narratives are often created through negation and opposition. In contrast to narratives that lament women’s lack of power compared to men, affirmative arts produce models of gender and power that are fluid and in constant transformation rather than embedded in dichotomies. Following philosopher Rosi Braidotti’s work on ‘affirmative ethics’, affirmative arts use the limitations to our ‘freedom’ as a foundation for creating alternative futures, proposing solutions for enhancing our political, social, spatial freedom. Instead of presenting characters that are alienated by the binary systems of gender, race, sexuality, ability or class, affirmative films present narratives and aesthetic forms that manifest as what Braidotti would call ‘micropolitical instances of activism’. This theory is at the core of a feminist initiative to promote a fair, inclusive and diverse future. Taking an affirmative approach in one’s work is thus being critical of the present without being annihilated by it.

This series of events emerges from the Marie Skłodowska-Curie research project ‘Affirmative Post-Cinema: Narrative and Aesthetic Responses to Gender and Power’. This is also the subject of the recently published monograph by Maud Ceuterick, organiser of the seminar series, Affirmative Aesthetics and Wilful Women: Gender, Space and Mobility in Contemporary Cinema (Open access and available here: https://www.palgrave.com/gp/book/9783030370381). 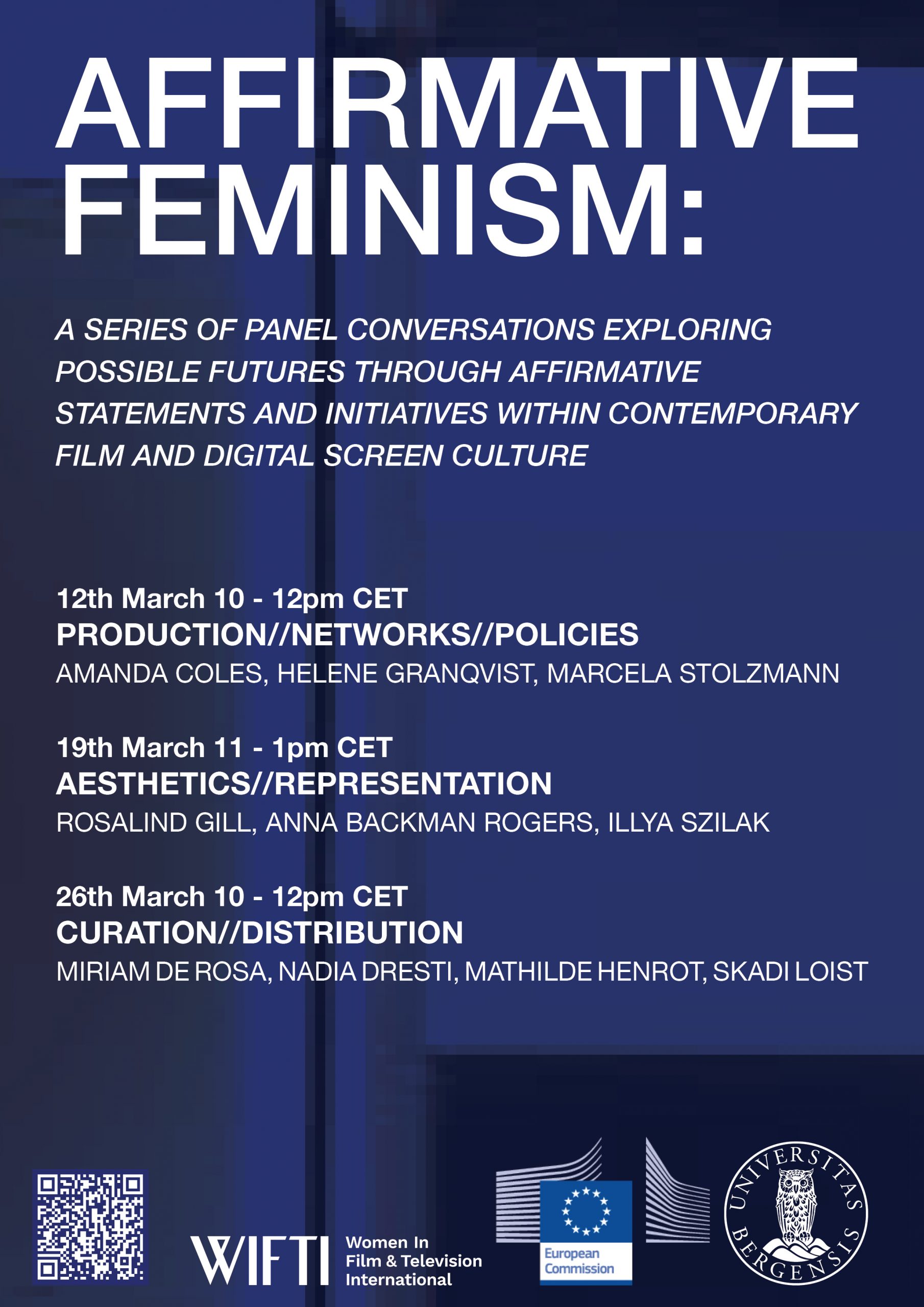 The seminar series will take place digitally on 3 consecutive Fridays in March, with the participation of the following panelists:

12th of March 10-12am CET: Production/networks/policies

Helene Granqvist, Producer and President of Women in Film and Television International

Anna Backman Rogers, Professor of Culture, Aesthetics and Feminist Theory at the University of Gothenburg

26th of March 10-12am CET: Curation/distribution

The seminars will take place on Zoom. Please register to receive the link (at the latest one day ahead of each event): https://forms.gle/1eydbzDdYQ7vaJWx5